As an artist, the relatively blank canvas of Linden’s garden didn’t daunt Heny Fletcher and her husband Leigh when they purchased the Jembaicumbene property almost three years ago. 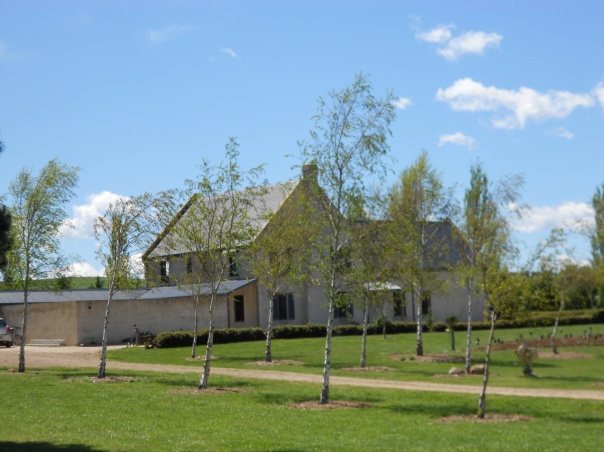 Viewing the six-acre parcel and French provincial-style homestead on the internet, they thought it ”a bit too posh” for their liking, but after coming to Braidwood for a look while living in Bright in Victoria, the couple “turned up one day and bought it the next”.

They inherited a sprawling garden with impressive granite entry and retaining walls, 100-year-old pine trees, a perimeter of poplars and Japanese quince, and a birch-lined driveway leading to the two-storey rendered home.

Since they moved in, Heny has been busy adding to the garden’s original palette of white, yellow and green, while Leigh, a self-confessed “tree enthusiast”, has concentrated his efforts into planting groups of dogwood, ginkgo, olive, Japanese maple, katsura, davidia, nyssa, willow, various cedar and oaks, among others. Many of these are still small and as the couple points out, will take years to make a statement.

Among lots of conventional silver birch there is a small group of Himalayan betula jaquemontii that will always retain the creamy white trunk that in normal birches turns grey with age.

Dotted around the property is more evidence of Leigh’s handiwork: some cairns and a bright red bridge that crosses the seasonal creek. The couple has rehabilitated the once-overgrown waterway by tackling the reeds and planting Japanese maple and lots of irises.

One of the defining features of the garden is “the ring”, a semi-circle planting of low-lying shrubs that surrounds the property’s 120 solar panels which provide the Fletchers with all their power needs, and then some.

While it was already established when they moved in, Heny has made it her mission to fill in the blanks, drawing inspiration from her favourite landscape designer Nicole de Vesian, who at 70 translated her experience as a designer for Hermes to create an amazing garden in the Luberon region of Provence.

“Just before we moved in, we had been walking in the mountains in Provence near Nicole de Vesian’s garden and I was so inspired by her; this woman who was an old bat like me, starting a new career at 70.”

While describing herself as “a rank amateur”, Heny rattles off the botanic names of her latest plantings without hesitation: abelia lonicera, escallonia, nandina, santolinas, eragrostis, euphorbia, cotinus, the list goes on.

She says ornamental grasses are her latest passion and names smoke bush as one of her all-time favourite plants. 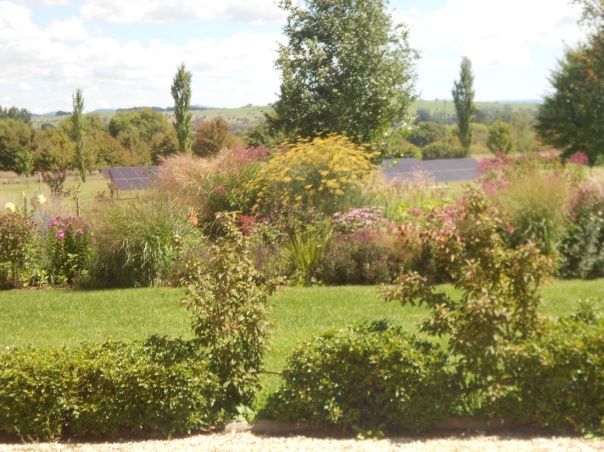 One of Heny’s latest projects is what she calls her “jewel box”, a square garden planted among the foundation stones of the old Jembaicumbene school house. In it, she indulges her fascination for miniatures, including tulips, daffodils, magnolia, irises, hellebores and snowdrops.

Not content with a muted palette, Heny says more is more when it comes to colour.

“As a painter, the older I get, the more I love the vibrant colours.”